Volunteers at shows and events in 2015

Helping out at shows and events, either organised by the Heritage Motor Centre (HMC), or where it has a presence, has now become a regular opportunity for the volunteers, allowing us to do something different. The number and success of events put on by the HMC at Gaydon has increased year on year, as well as the number of local shows it attends.

There is a hardcore of around 20 volunteers who regularly attend these events and often a ballot is required to pick who gets to represent the centre.  One of the attractions is no doubt the fact that we often get the chance to drive a rare or classic car to an event.

So, where have we been and what have we done?

Club Expo, Saturday 28th February. This was one of several of these events held at the HMC, attended by six volunteers. The event comprised workshops, talks and seminars where clubs and suppliers could learn more about each other and gain useful hints and tips. 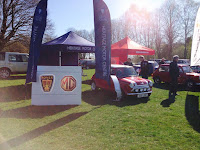 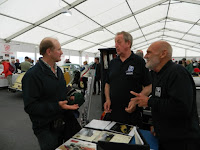 Pride of Longbridge, Saturday 18th April. This was our second visit to this event, attended by three volunteers. Being a Longbridge event, the HMC decided quite rightly that the vehicle to take for display was to be the very last Mini Cooper built at Longbridge. One very happy volunteer was allowed to drive it to and from the event.

Classic Virgins, also on 18th April. Back at the HMC, a further five volunteers took a very active role at this sell-out event, which is designed to encourage and support potential British classic car owners. Some of the volunteers brought along their own classic cars and were able to offer rides and give firsthand experience and advice.

Stratford Festival of Motoring, Sunday 3rd and Monday 4th May. Eight volunteers attended this popular event over the two day Bank Holiday weekend.  Our stand was in the middle of the town and on display were a 1936 MG SA and a 1985 MG Metro 6R4.

Warwick Show and Tell event, Friday 5th May. Four volunteers attended, where a white 1971 Mini Cooper S Mk111 from the collection was on display.

Museums at Night, Saturday 16th May. This was a new event at the HMC, where members of the public were allowed a behind-the-scenes tour. Four volunteers were on hand and part of their task on the night was to try and record some interesting interviews on car related topics for the "Car Stories" project. A blog on this will follow later.

Coventry Festival of Motoring, Saturday 30th and Sunday 31st May. This was probably the biggest event we have covered so far this year. Six volunteers attended over the two days and three cars were on display: a 1965 Alvis TE21 saloon, a 1934 Standard 10/12 Speedline and the big crowd puller, the 1963 Le Mans Rover BRM gas turbine car. This car also did a demonstration run on the ring road, but alas, not by a volunteer on this occasion. 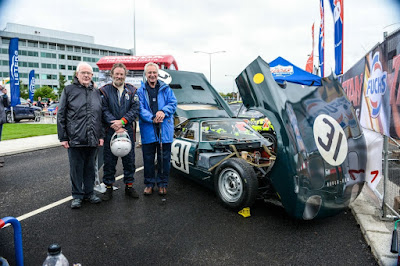 The Rover BRM at Coventry. Volunteer Chris (far right) was part of the Le Mans team in 1965

MG Live at Silverstone, Saturday 20th June. Two volunteers were required for this event where the HMC's presence was to promote its archive department.

More events are in the pipeline for the remainder of the year, with two big three day events among them, the Silverstone Classic and the NEC Classic Car Show.