It has now become the norm for all volunteers to meet up in the morning at the Junction 12 Cafe for tea or coffee before duties commence. Whilst most will chat about cars, the weather, the current news, or trying to put the world to right, the group that comes in on Tuesday always talks about cakes. It doesn’t stop at talking, Roger, John and Mike bring in their own homemade varieties and then eat them.
What started out with one of the group partaking in a birthday treat has now progressed into a weekly demonstration of their cake making skills. A baking rota has been agreed, which now includes Sonja, our volunteer coordinator, who thought she ought to join as she’s always there for the eating bit. 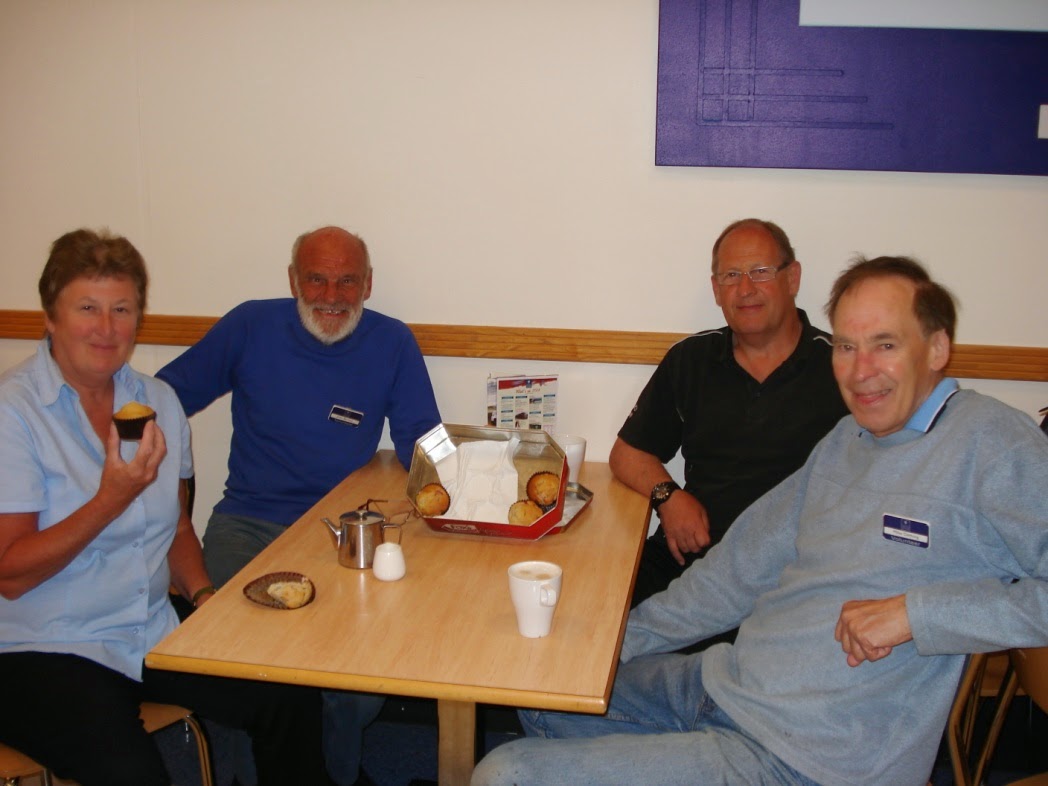 So, now for something completely different as they say, the Resto Baker Boys as they’ve become known, have allowed us access to three of their recipes.

The recipe for Mike’s “OutbackDamper” was posted in a previous blog here and if you found the instructions a bit odd it should be explained that he spent far too long living in Australia. He does drive a nice restored 1971 MGB though!

John, who drives a lovely old 1955 Oldsmobile 88, gives us his “Ginger Biscuit” recipe.

You’ll need to decide how crispy round the edges you want them and adjust the baking time. 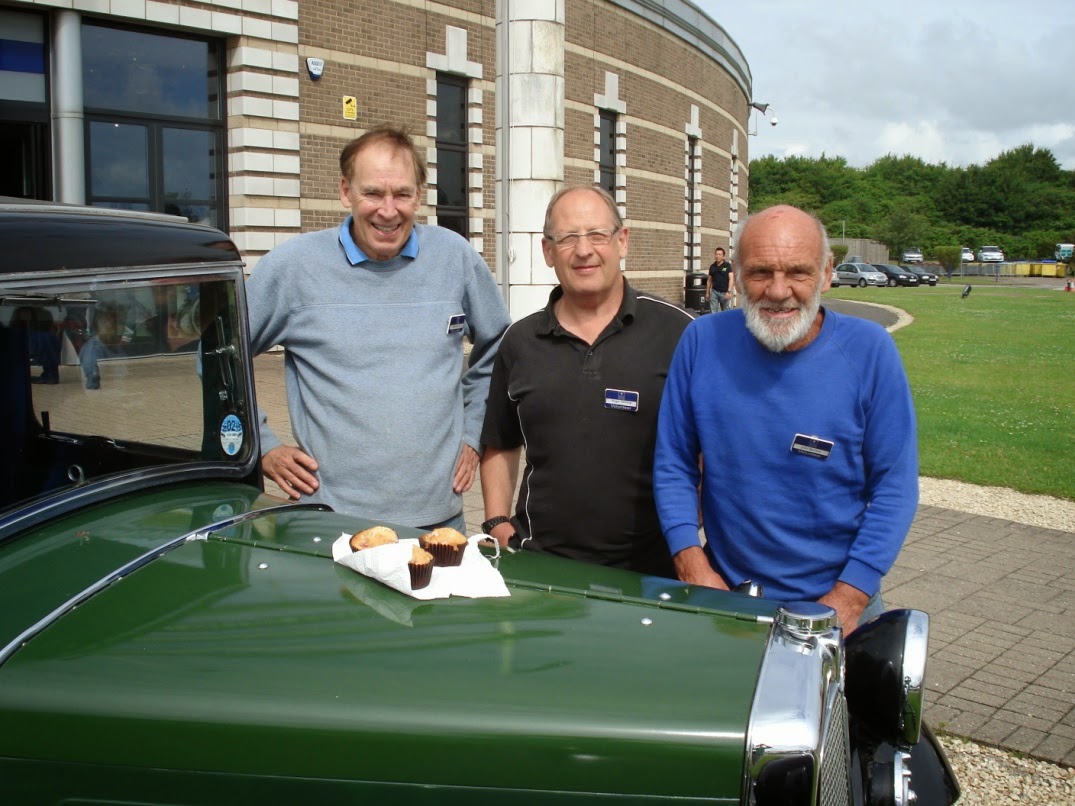 Roger’s contribution is a recipe for “Weetabix Cake”

Mix the Weetabix, raisins & milk together and leave to stand for 2 hours
Mix in the flour, sugar and egg until dough is formed
Grease and line a loaf tin and bake at 160⁰C for 1 – 1 ½ hrs
Leave to cool – turn out – slice – butter – eat!

Why not give one of the recipes a go and tell us what you think. Remember, Mary Berry had to start somewhere!

In at the deep end and learning new skills

If you’ve been following the blog on our Ensign project then you’ll know that the underside of the car’s bodyshell was found to be in a very poor state. Rust, corrosion and previous poor repair work was found everywhere, requiring large sections to be cut out before we could progress any further. 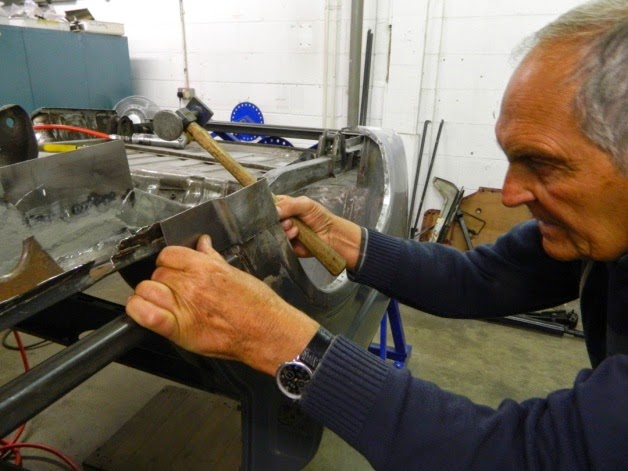 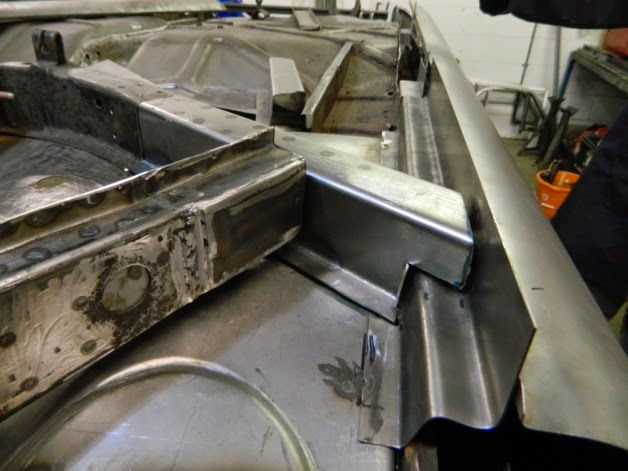 New fabrication skills were quickly learnt as these photos clearly illustrate, as many of the parts and sections required replacing.

Posted by BMMVolunteers at Wednesday, July 16, 2014 No comments: 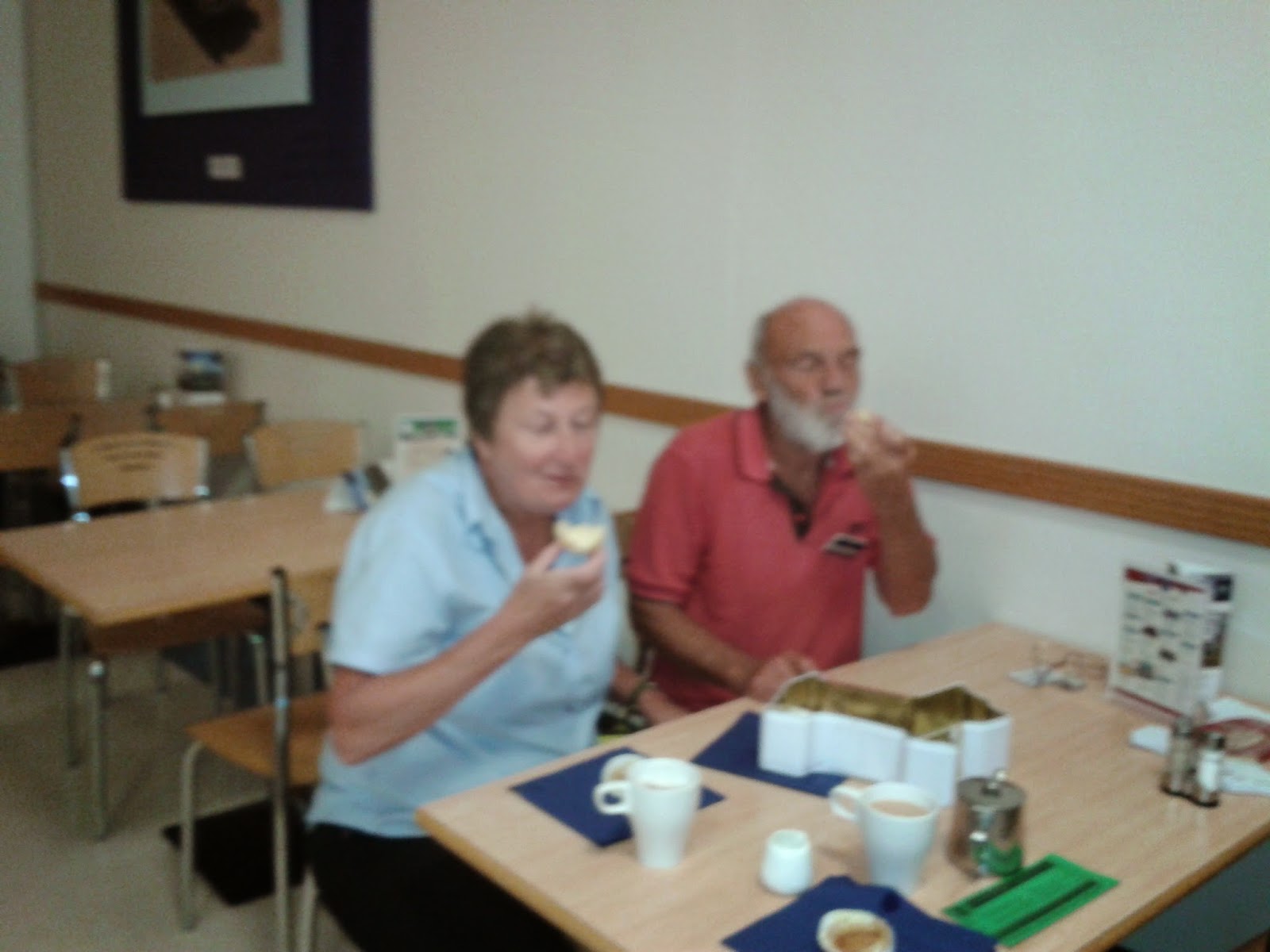 Posted by BMMVolunteers at Thursday, July 03, 2014 No comments: