Volunteer and Collections Centre guide Dennis Allen gives an interesting account of the friends he has made during his time at the Museum.

Two way interactions with visitors to the Collections Centre is probably one of the most important parts of my role of a volunteer. They often want to know a little about me, my involvement in the British motor industry, what vehicles I have owned in the past. Where I come from and countries I have visited.
Equally I make the same enquiries of visitors.

Over the last thirty months I have met lots of interesting people from all over the world as well as the UK.

Most memorable to me are visitors from New Zealand and South Africa, my two favourite countries and I have exchanged email addresses with a few visitors.
I received the following email from New Zealand:

Hello Dennis
I'm the guy from New Zealand that you were so kind as to show around the British Motor Museum.

We had a fantastic trip but the highlight for me was the Museum and Collections Centre...  I have attached a photo of my latest restoration project. A 1956 Daimler Century Drophead. I also managed to purchase a number of rubber seals and grommets etc. when I was in the UK and this has enabled me to progress on a couple of my other projects.  I hope all is well with you and thank you. 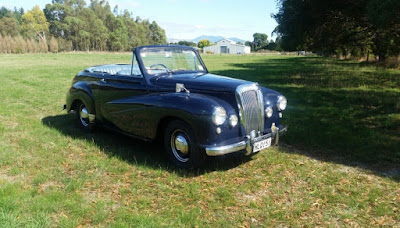 I have been fortunate to visit New Zealand three times in the last 5 years and following suggestions from some of our visitors have visited:
1) The Wow Museum (World of Memorable Art & Classic Cars) situated in Nelson on New Zealand's South Island. www.wowcars.nz
2) Southward Car Museum situated just outside Paraparumu which is 35 miles north of Wellington on New Zealand's North Island. www.southwardcarmuseum.co.nz

Both are well worth a visit if you are in the area.

While visiting South Africa last year I went to the Franschoek Motor Museum which is 40 miles from Cape Town. www.fmm.co.za

This came about following a visit to the Collections Centre from a lovely South African couple, who lived not far from Cape Town. We got on well talking about cars, the motor industry, life in South Africa and places to visit. I mentioned that my wife and I were touring in South Africa a few months later and they said to let them know when and we could meet up.

Well, this is exactly what happened. A few months later they picked us up from the Cape Town Waterfront and drove us to the Franschoek Motor Museum.

The museum is located on the L'Omarins/Anthonij Rupert wines estate and as well as the winery there is horse stud farm and a racing track and off-road course. Fiat launched their Alpha Romeo Giulia there last year.

We were introduced to Wayne Harley the Museum Curator, last year he rode a 1934 Triumph 350 3/1 in the Durban to Johannesburg Motorcycle Rally (700 kms) - the DJ Run, starting 77th and finishing 61st.

We then met Lorenzo Forella, the workshop manager, who took us on a guided tour of the museum. The collection of 80 cars and some motorbikes are located in four separate buildings around an open grassed courtyard. 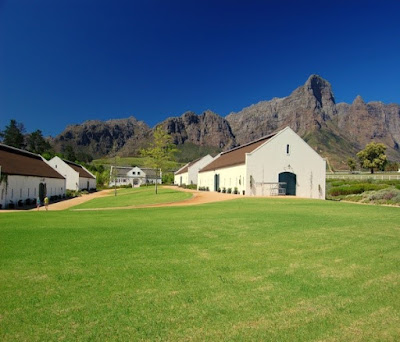 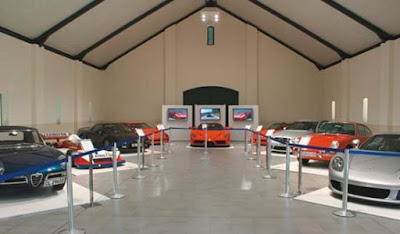 The vehicles were arranged in groups of four or five so about 20 in each building. Lorenzo explained that there were other vehicles not on display but the collection did change from time to time. He jokingly told me off for ignoring the four Ferrari's but I told him (tongue in cheek) that we lived in Royal Leamington Spa and saw them there all the time.

After a pleasurable and informative two hour tour with Lorenzo we left the museum and took a scenic tram ride (an old style charabanc) taking in the picturesque views of the estates and surrounding Franschoek Wine Valley. This ended at the wine estate bistro where we had lunch (delicious tapas) with a glass of wine of course.

We were then driven back to Cape Town late afternoon.

A really fantastic and amazing experience that came about just by talking to Museum visitors.


Posted by BMMVolunteers at Friday, August 17, 2018 No comments: