A request from the volunteers

"Come and join us here"

This is an artist's impression of what the Heritage Motor Centre's new Museum Collections Centre will look like. Construction work is now well underway and on schedule for opening on 1st October.

As a result more volunteers will be required to help run this excellent new building, which will house a diverse collection of British built cars and prototypes. The role involves facilitating access to the new museum for public viewing, guiding tours and valeting the collection.

So, if you have an interest in motor cars, the motor industry, people, or just want a project for your spare time - then why not get involved? No previous experience is required - so why not join us? The Trust would love to hear from you. 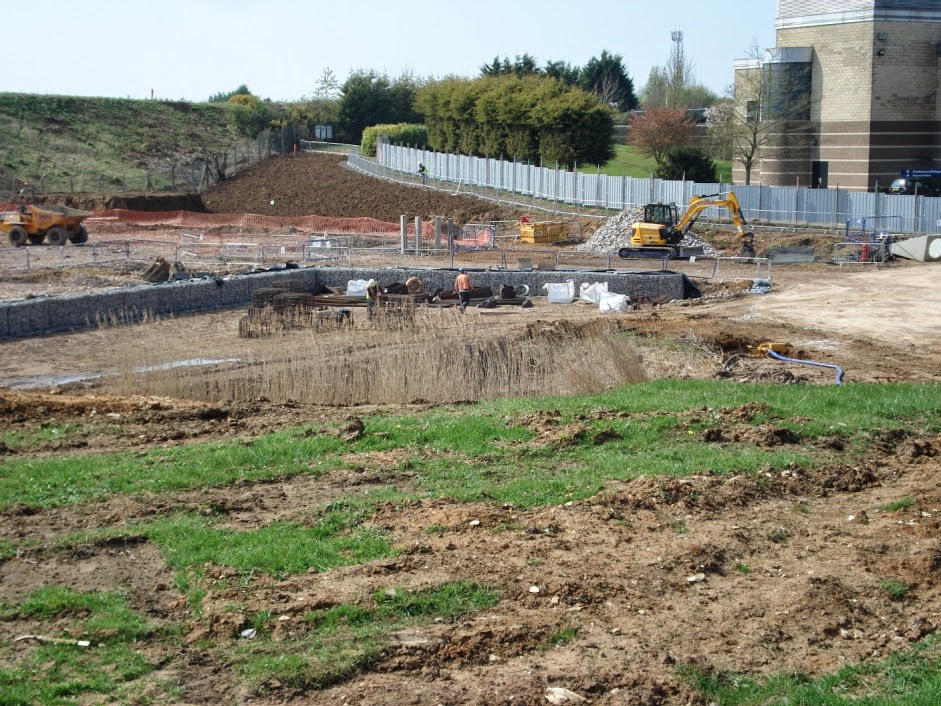 There's not much to see at the moment as the ground work continues and the footings are laid.
The steelwork is due soon and then the building will really start to take shape.


If you've not visited this blog before then do trawl through the archives which will give you a good idea of who we are and what we get up to. Our first blog "About us" is a good starting point.

For more information contact the Volunteer Co-ordinator on 01926 645027 or email volunteers@heritage-motor-centre.co.uk
Posted by BMMVolunteers at Tuesday, April 28, 2015 No comments:

Our last blog on the engine (Part 9) gave a general overview of the engine's condition following a complete strip down of all its parts. This in turn revealed one of our main concerns, that the head did indeed have a crack in it. We also needed new piston rings, which we were finding difficult to source.
So, after a thorough detailed inspection and much debate, the general consensus of opinion was that the head could and should be repaired. Also it was decided that we should insert new liners with appropriate new pistons. All this work was carried out by a local third party specialist. 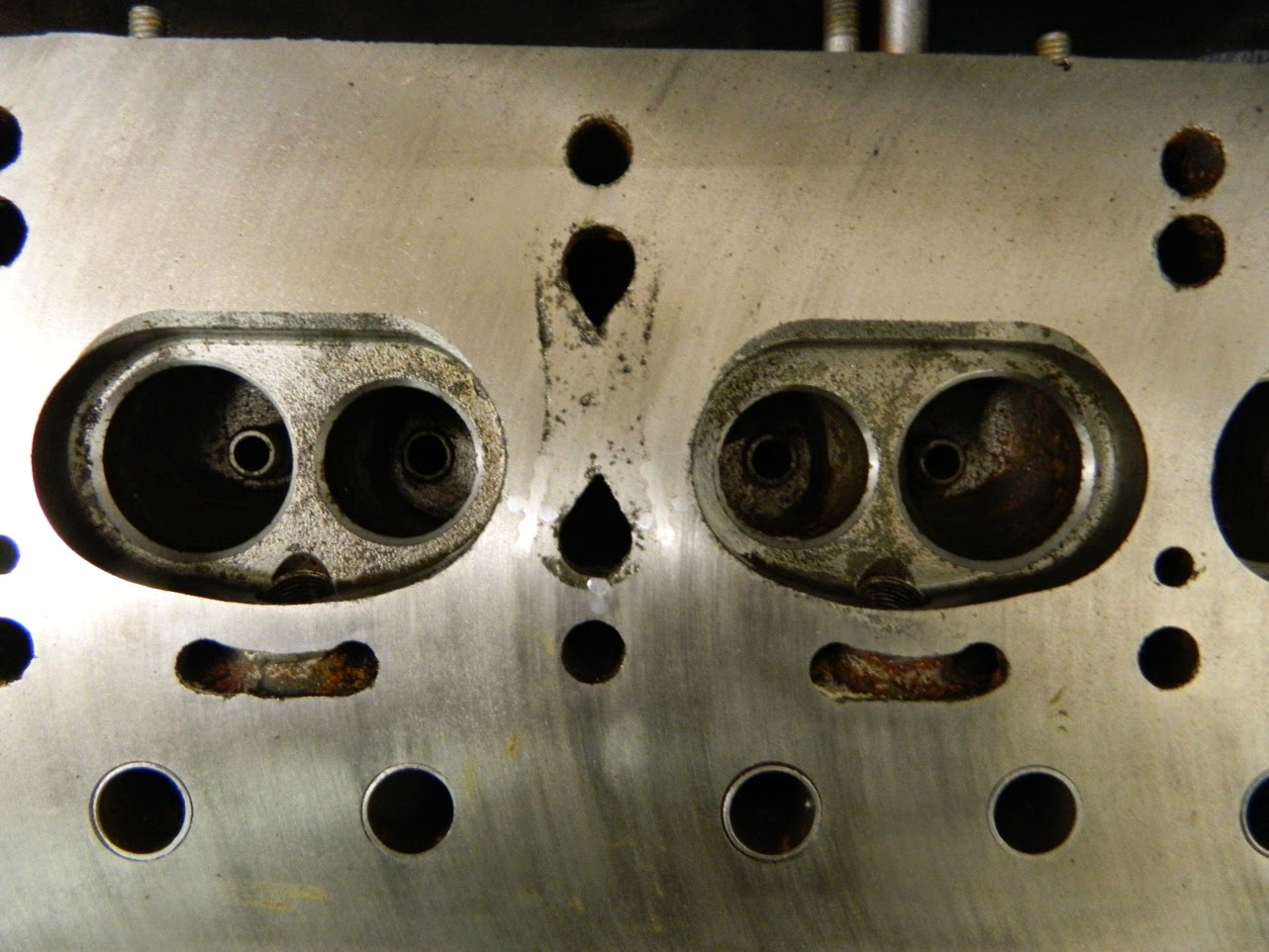 The crack was right in the centre of the head and you may just be able to pick out the pins which were inserted to secure the weld. 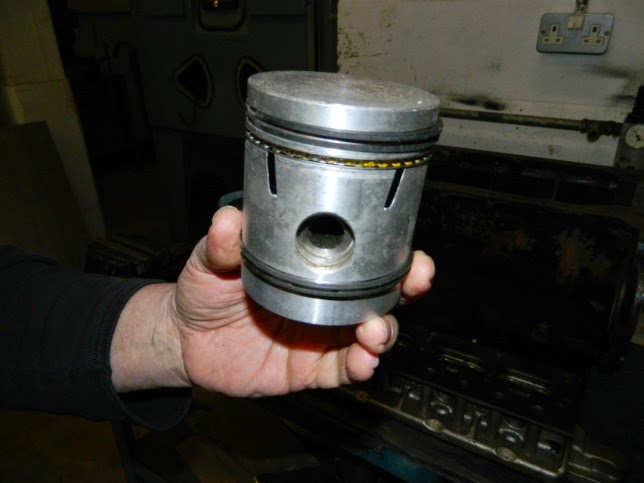 These photos show the new liners in the Standard's 1570cc petrol engine and one of the new pistons.
Whilst as explained in previous blogs, the body/chassis is still a major restoration task for the volunteers, the engine and gearbox project is now progressing well.
Incidentally, when the engine was away for repair, the team that has been working on it was presented with another task: to - build a new V8 engine. Well, actually it was a very intricate and clever working model that the museum's education department wanted as a demonstrator for children. It proved quite a challenging task at times, but also very amusing and enjoyable. 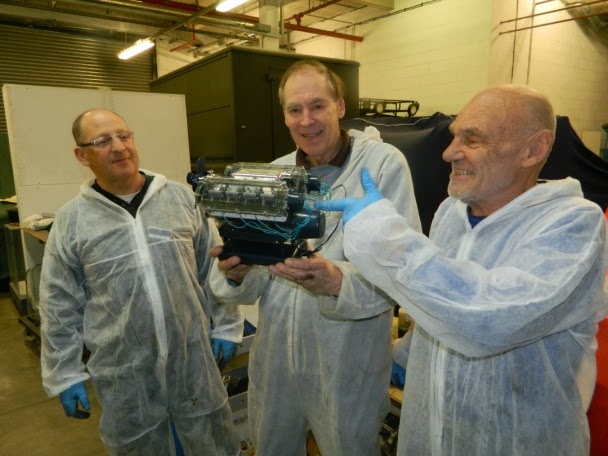 Roger, Mike and John hope that the Ensign's engine will run as smooth as the model's.
To read the full story click here...
Posted by BMMVolunteers at Wednesday, April 15, 2015 No comments: