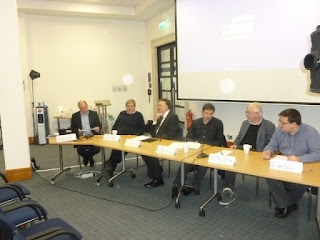 As he arrived at the Museum, he thought back to something he’d read recently in the Museum archives. Back in March 2017, a British MP, Sir Greg Knight had advised Museum attendees that now’s the time to buy and own a classic. How prophetic Sir Greg was. Since then legislation, environmental concerns and the wholesale replacement of petrol stations with supermarket charging points meant that internal combustion cars were no longer viable, even on the shortest journeys. Of the 500 cars in the collection, this meant that over 350 were genuinely just museum pieces……. But that didn’t seem to stop the public being really interested in this transport of yesteryear.
Posted by BMMVolunteers at Wednesday, April 05, 2017