Our last blog described some of the other opportunities and activities that come our way whilst volunteering at the Museum. However, one of our colleagues, Ian Hicks, went the extra mile, when in September last year he volunteered to become one of the prime organisers for the forthcoming British Motor Museum Symposium on 25 March.

This is Ian’s fascinating story of what it all involved;
“How volunteering at British Motor Museum took me to Westminster’s Brexit debate"

When I joined the museum as a Collection Centre guide in April 2016, little did I think that this volunteering would take me to the seat of democracy, Westminster’s Houses of Parliament, watching the most significant debate in living memory unfold in front of me.

Back in early February, I found myself meeting Sir Greg Knight, MP for East Yorkshire, together with Stephen Laing, our curator and Steve Cropley, Editor in Chief of Autocar and Trustee of the Museum.

The meeting was concluding and Sir Greg invited the three of us to watch the Brexit debate from the visitor’s gallery in the Commons. We felt we were watching history in the making as well-known and slightly less famous politicians debated the impact Brexit would have on the UK’s nuclear industry.

My route to the Brexit debate started when I met with Emma Rawlinson.  As Family and Lifelong Learning Officer, Emma was on the lookout for people to help with many projects, one of which was to organise a symposium. This was a new initiative for the Museum, which had received funding from the Arts Council for the event. I have some experience organising similar events, so I was happy to help out.

Our starting point was a theme for the symposium: A celebration of the British Motor Car. It was to be a one day event on 25 March. Stephen Laing, Curator of the Museum, had already volunteered to Chair the event. 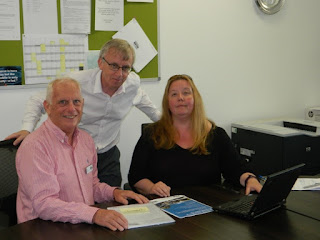 We wanted to attract a group of well-known industry figures to present their view of the future of the British Motor Car and the automotive industry.

As Chairman of the All-party Parliamentary Group for Historic Vehicles, Sir Greg Knight was high on our list of “must-have” presenters. Coincidentally, we first approached Sir Greg’s office around the time of the EU referendum on 23 June. The initial signs were good, he seemed interested. But to get to speak to the MP and Privy Councillor was more challenging, especially as the whole Conservative leadership contest was unfolding following the resignation of David Cameron.  We had to wait patiently as the contest played out and the majority party stabilised again.

While we were waiting, we took the opportunity to sign up other people on our must-have list. With their expertise in car manufacture in the Midlands region, we were happy to get the green light from Professor David Morris and Dr. Jason Begley from Coventry University.  David Bailey, Professor at Aston Business School, regularly appears on television giving his strategic industry overview of car manufacture in the UK.   He knows the museum well and was happy to support our symposium.

Steve Cropley, Editor in Chief of Autocar and Trustee of the museum found out about the symposium and was happy to volunteer his services as a presenter, explaining how the press and social media play an important role in car ownership decisions. Steve has also been a great help in refining our marketing messages for the event, he’s a real supporter of the Museum.

Finally, thanks to Stephen Laing’s network, we convinced Professor David Greenwood, originally with Ricardo, latterly with WMG at the University of Warwick, to share his views. David is a thought leader and future technologist. He’s the man to set the scene for battery and hydrogen power, autonomous vehicles and the like.

So finally, in mid-January, we got an invite to attend the Houses of Parliament to meet Sir Greg. It turns out he has a real passion for classic cars. He owns a number of historic cars, including an Allard, a Cord, a Studebaker, a Rover P5B Coupe and four Jensens! He was really enthused to explain how he represents the interests of classic car owners against some of the more interesting planned legislation. 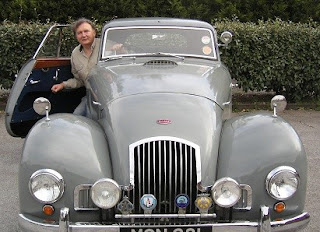 Since meeting with Sir Greg, it’s been flat out finalising marketing material, press releases, mail-shots, e-shots and taking all opportunities to promote the symposium.  As well as relentless promotion and marketing of the symposium we still have to create flyers for advertising at Museum events, we have to create presenter and audience packs and arrange all the logistics. There’s lot still to do.

Then, once we’ve got this one under our belt we’ll be straight into arranging a Christmas lecture and practical for 12 to 18-year-olds. We’re already planning for symposium events for 2018. It’s non-stop.”


Tickets are still available and can be bought online. I’ve just bought mine for what will surely be a fascinating and interesting day for any car enthusiast.
Posted by BMMVolunteers at Friday, March 03, 2017