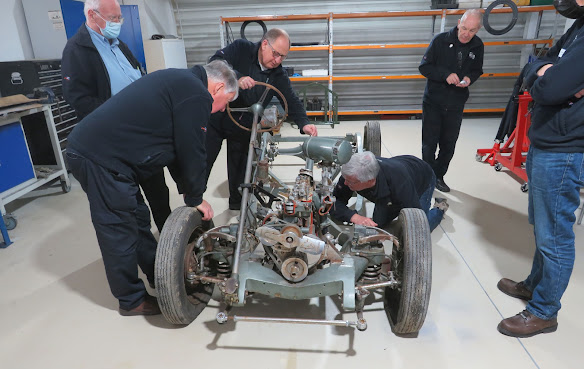 When the Collections Centre was opened in 2016, a review of all the exhibits in the Museum collection was carried out. This review identified display engines and chassis that would be of interest but needed to be repaired or cleaned. Today, a number of those engines are on display in the Collections Centre and many have been restored by volunteers.

These 12 engines include an Austin-Rover S series single cylinder development unit, revised from the E series used in the Maxi and Allegro and which was probably used for combustion chamber development.

There is an interesting version of the Riley 2.5 litre, which shows its many internal parts. It was fitted to the RM model and later to the Pathfinder. With twin camshafts it was quite advanced for its time. In contrast, many cars up to the 1950s used side valve engines and another of the refurbished engines would have been found in a Triumph Mayflower. Performances have improved a lot since then, with this engine producing only 38bhp from a 1247cc block. 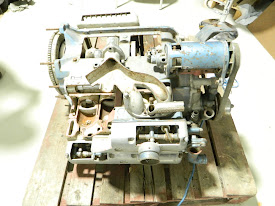 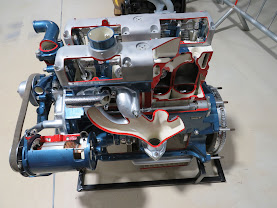 Riley engine before and after restoration

The latest project is an Austin Devon chassis which started life in 1948 when the Longbridge Apprentices were given the task of producing an exhibit promoting the new car. The Devon and the Somerset that followed would be some of the last cars still employing a chassis, as this was the start of the change to monocoque construction. This chassis would travel around Britain extolling the virtues of the new model but also showcasing the engineering capabilities of the apprentices at the Longbridge factory.

In fact one of our volunteers, Cameron, remembers seeing it on display in Edinburgh in his younger days.

The restoration work has been separated into three categories:

The general condition considering its age and storage is what you would expect, with no serious rust. The main problem being the chrome of which there is a lot which is now flaking off and none of it is restorable. Cleaning and painting is underway and a challenge is to match the chassis’ original existing metallic finish paint.

Posted by BMMVolunteers at Tuesday, May 24, 2022 No comments: